The Black Star team were among the prominent Indigenous media practitioners who walked the halls of parliament house this week. 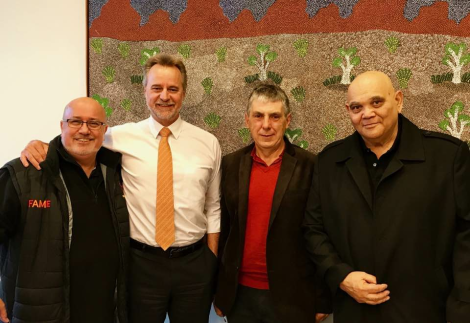 With media legislation one of many bills before the Parliament, the time was right to ensure that Indigenous media policy and technology was part of the discussion.

The main purpose of our visit was our discussion with Minister for Indigenous Affairs The Hon Nigel Scullion. We covered a lot of territory in the 2 hours in his office and we thank him for the generosity with his time..

One of the great things about being able to walk the halls of our national parliament is the chance to meet and mingle with our elected representatives. We were called in for a chat and a photo with Deputy Prime Minister Barnaby Joyce, who looked like he was having a torrid day but was also up for a laugh.

As the shadows lengthened we caught up with Senator the Hon Darryn Hinch who had recently featured on Black Star Radio with Murrandoo Yannar from Bourktown discussing indigenous rights to dugong and turtle hunting. 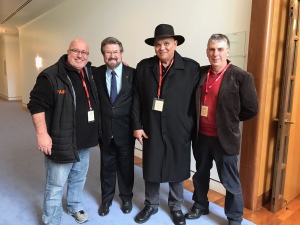